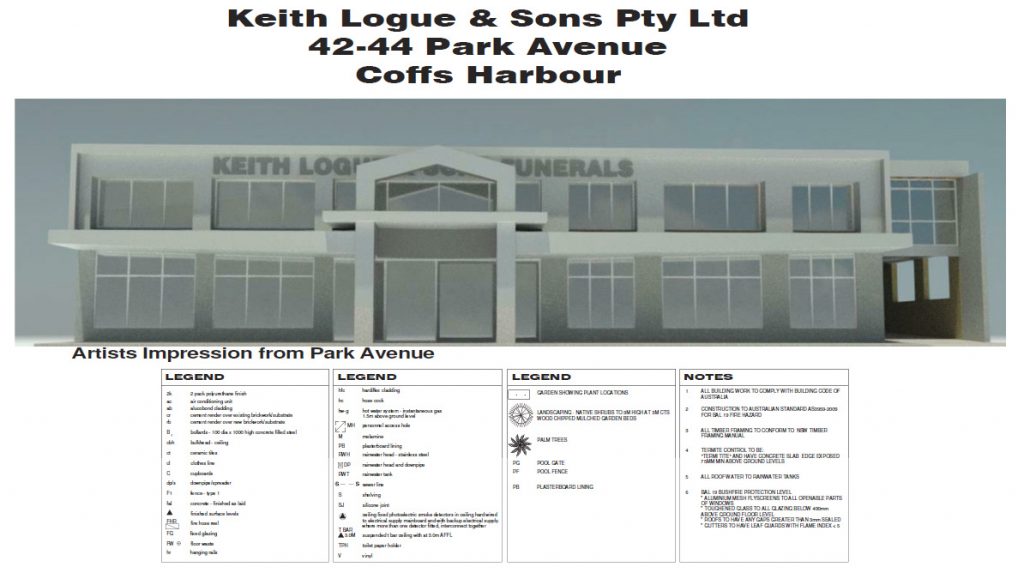 CPG are pleased to announce it has been awarded the Keith Logue and Sons Project in Park Avenue Coffs Harbour.

The project includes the demolition of most of the superstructure to 44 Park Avenue and partial demolition of the existing Keith Logue and Sons premises on 42 Park Avenue before the two sites are combined to allow the construction of the new Funeral Directors facility designed by Richard Van Dorp Achitects. Works are expected to commence in August 2017 with completion due in early 2018.

CPG look forward to the successful delivery of this project with a large number of key staff and trades engaged and ready to be mobilised for commencement.